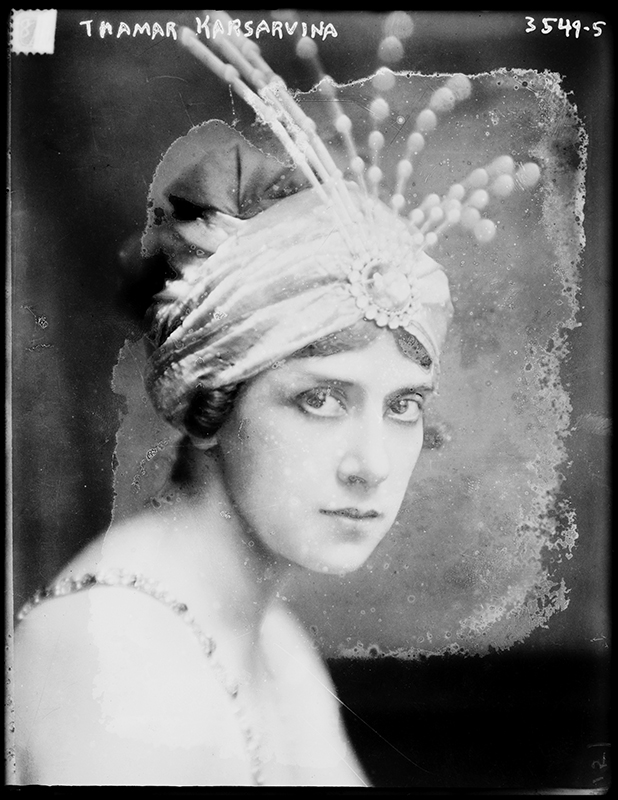 Tamara Platonovna Karsavina (885 – 978) was a famous Russian ballerina, most noted as a Principal Artist of the Imperial Russian Ballet and later the Ballets Russes of Serge Diaghilev. Karsavina, renowned for her beauty, settled in Hampstead, England where she taught ballet professionally. She would eventually become recognized as one of the founders of modern British ballet. She also assisted in the establishment of The Royal Ballet and was a founder member of the Royal Academy of Dance.

0
{may be selected for daguerreotypes or printing on metal.}